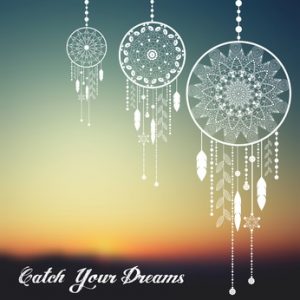 African dream root whose scientific names are “Silene capensis and Silene undulata” is a native plant that grows in the Eastern Cape of South Africa. The rare plant is regarded by the Xhosa people to be sacred.

Hence, its mainly used in performing certain special spiritual rituals. Just like the name suggests, African dream herb can be used to induce intense and imaginative dreams. Thanks to the unidentified psychoactive compound it contains.

Other popular names like ubulawu, Xhosa and undlela ziimhlophe can be used to refer to the unique and rare ethno botanical herbal plant.

The Silene capensis plant is very easy to grow although it requires lots of water to survive. The plant can be able to grow and persevere in extreme climatic weather conditions, making it ideal for growth in both hot and cold climatic regions, unlike other plants that are likely to wither and die.

The African dream herbal plant takes a relatively longer time to mature as it can only be successfully harvested after the second year of growth. If harvested prematurely, the uses and desired effects of taking the herbal medicine are likely to reduce significantly.

It is important to note that much of the research findings and facts provided about the plant are mainly drawn from traditions and personal experiences. This is due to the fact that little medical and scientific research has been carried out on the herbal plant. Another key factor may be because the plant has been recently introduced to people living in the western world.

There are various methods of preparing and using Silene capensis. The appropriate method will highly depend on the user’s needs and preferences. Below are the three common preparation methods used by various people who use the African dream herb.

The first method is to crush the African dream root into powder and then drink the produced powder with water on an empty stomach. It is however important to take only the required dosage which may be about 200 to 250mg of the powdered Silene capensis.

Taking more than the required dosage is likely to cause unintended vomiting. This method is highly preferred to be used in the morning after waking up, but if one is very hungry, they are advised to take a light breakfast first.

Another preparation method is to heap a tablespoonful of Silene capensis and mix it with a half a liter of water. The mixture which is in the form of African dream root tea can be further blended until froth is formed. The user is then required to suck the froth until they feel quite bloated and then retire immediately to bed.

The last popular method by African dream herb users is that of making a “dream tea.” This can be achieved by following a simple dream tea recipe that involves the use of 5 key ingredients. The ingredients include a tablespoon each of cinnamon, ground ginger and honey or sugar, a 3/4-inch piece of African dream root and a single uncontaminated piece of dreamer’s DNA.

To make the African dream root tea, grind the herbal root perfectly, mix with ginger and cinnamon, place the mixture in a cup of boiling water and stir, add honey then stir and leave for about two minutes. Finally, add milk or cream to improve the taste and add DNA.

There are various uses that have been attributed to Silene capensis. Below are some of the traditional and medicinal uses of the herbal plant.

Here they can be able to share a variety of ideas and experiences together. African dream root is known to cause remarkably vivid dreams that are not only prophetic but quite easy to remember.

Although the ability to communicate with long gone ancestors can be brushed off as a past African practice, some of the western users who have managed to use Silene capensis. Have also been able to create a vivid connection with their past and ancestors too.

Silene capensis has been known traditionally for its medicinal properties. For instance, the Shamans of the South African region consider the herbal plant as a type of “ubulawu” or medicinal root that can be used to cure a variety of diseases and illnesses that arise.

African dream root can also be used to induce dreams. It is suspected that the plant’s dream- inducing property is as a result of triterpenoid saponins(1), which are rare chemical compounds abundant within its roots. Although the plant is only able to exert minimal alterations in the user’s waking consciousness, the immense effects on the dream state caused by the African dream herb are very profound.

Traditionally the plant was used to induce vivid and prophetic dreams mostly during the initiation ceremonies held by the Shamans.

In high doses, African dream root can be used as an emetic. An emetic is any type of drug that can be used to induce vomiting, especially in situations when it is critical for the patient or person in question to release any harmful food, drugs, and other substances that they have ingested through puking it out.

It is important to note that African dream root does not have any side effects. Hence can be used at any time. It is also important to ensure that one consumes the herbal medication regularly as Silene capensis takes a few days to completely build up in one’s body system.

The African dream herb is highly suitable for individuals suffering from lack of enough sleep or those who desire to have an out of the world experience in their dreams. Those deeply attached to their spiritual side can be able to communicate with their predecessors and enjoy a great divine experience.