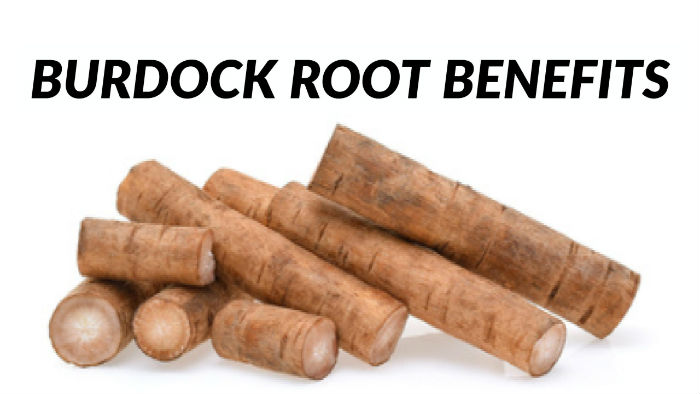 Burdock (Arctium lappa) is a herb from the Taxonomic Class and of the Asteraceae family.

The Burdock herb has dark green leaves which are large, and they are heart shaped and with a course.

The herb flowers have prickly heads, and they blossom from July to October. The root of Burdock plant is a primary ingredient of a wide variety of health remedies.

The root is sweet and has a sticky consistency, but the leaves are bitter like that of a dandelion. The stalks taste a little like celery.

The Potawatomi’s have used Burdock herb to make tea as a blood purifier and as a general tonic. Japanese eat burdock herb roots for its fiber, which protects the liver from the effects of food colorants.

In Europe, the leaves of Burdock herb and its stalk are eaten since they contain excellent vitamin and nutrition values. The roots were also used to treat dandruff and encourage healthy hair growth.

The seeds of the burdock herb are crushed to make a mixture that was effective in helping to lessen pain from arthritis. It also treats eczema, gout, ulcers, psoriasis, acne, and rheumatism. The burdock seeds consist of beneficial fatty acids.

The oil from the seeds of burdock herb is a diaphoretic, which leads to increased perspiration. Nowadays, Burdock plant is used for medicine and food. Also has a remedy for skin problems like acne, and also it acts as a cleansing material.

Burdock oil is also known by other names like burdock root oil extract and Bur oil. This oil is extracted from the roots and leaves of the burdock herb. Burdock herb oil is a one hundred percent pure natural oil derived from herbs.

There are no additives, preservatives, or dyes in the oil which make it safe for anyone to use. It comes in a pressure bottle that allows you to squeeze out the required amount and apply on affected area.

The Burdock herb oil has many benefits and uses as it has been taken for centuries as a remedy for many ailments.

Burdock is easily obtained as an ingredient in teas, ointments, pills, or Bur oil. Many scientists say it is safe to be consumed internally, externally, or as food.

However, it is important to make sure that the herb is pure. It is not toxic this way. Be careful in gathering it yourself. It looks a bit like belladonna, a plant that can be fatally toxic if ingested.

It helps to boost the immune system to grow stronger when it is weakened by factors like the environment. When this plant is mixed with other herbs like the Dandelion and Ginger, they act like a very efficient blood purifier.

Due to the very great amount of insulin found in this plant. Burdock can also help fight hypoglycemia and pre-diabetic states. Insulin is a normal occurring chemical in the body.

Researchers have found that the Burdock shows signs that it may fight against tumors(1). It could also be a solution to fighting cancer as well since the Burdock can kill some cancer causing compounds found in food.

3. Flushes Toxins and Poisons from the Blood Stream

Burdock root is a nourishing and cleansing herb. That works with the lymph and liver to purify the bloodstream of toxins and metabolic wastes. Its high mineral and vitamin content is enriching to the blood and helps build up worn-out individuals.

This also includes dead skin cells affected with live bacteria and dried keratin. That gives acne its typical, red-looking form. As an anti-inflammatory, burdock root is superb for reducing the redness caused by acne.

The Burdock herb is very beneficial in curing urinary tract problems. These Infections in the kidneys include kidney stones, bladder, urinary tract, and other conditions. The herb serves as a diuretic, causing the body to excrete more waste and water.

One of the many reasons for urinary tract infections is lack of enough fluids. Drinking a lot of water and frequent urination prevents this. Burdock seeds help prevent bladder and kidney stones, it treats and breaks down any stones that are present.

The seeds help to flush out the urinary tract system and to slowly break down the stones. So they become much smaller and are easier and less painful to pass through your system.

Burdock is maybe one of the popular herbs medical herbalists go for when treating a wide range of skin ailments, such as eczema, psoriasis, and acne. It also has a reputation as an ingredient in remedies for stimulating hair growth.

But this way can be administered externally as a lotion and can also be used internally for the same purpose. Because it contains iron and vitamin Bs, which is great, hence burdock root for hair.

Burdock herb root is a liver cleansin. It is beneficial for skin conditions including psoriasis, dermatitis, and eczema. These conditions usually manifest when the liver gets burdened from a diet high in protein and fat.

Burdock helps the liver in metabolizing these nutrients and stimulates the removal of waste products. This is in part why it’s viewed as a “blood tonic.”

8. Is a Natural Diuretic

Burdock is an effective diuretic, and should not be taken in conjunction with other diuretic medications. Because this may lead to serious dehydration. It also may interact with other medications, such as anticoagulants and non-steroidal anti-inflammatory drugs.

Thus increasing the risk of bleeding. If you are taking any other medications, it is important to consult with your prescribing health care professional before using burdock as a diuretic.

Burdock herb comprises of various essential minerals and vitamins. That help to increase endurance and stamina. Ayurvedic specialists recommend it to those who suffer from low strength and energy. Its alkalizing properties help in increasing blood circulation and also in blood purification.

It boosts the healthy functioning of the liver. When the liver is functioning well, and the digestive system is on track, you will be less likely to suffer from the problem of low strength and stamina.

Burdock is administered internally in form of tea and externally as a compress. There may be Adverse Reactions on Skin like allergic dermatitis and other allergic reactions.

Contraindications And Precautions of using this herb. Burdock is contraindicated during the first trimester of pregnancy. This is because of the effects of anthraquinone glycosides(3) found in the roots of burdock plants. Burdock herb is also contraindicated in patients who are hypersensitive to the herb or related plant species.

• Allergic reactions have been attested in people who are sensitive to the Compositae/ Asteraceae family. Which include’s daisy, chrysanthemum, ragweed, and mangold.

• Burdock herb products may be significantly polluted with atropine and that toxicity has risen from this pollution.

• Advise the diabetic that burdock could increase the risk of hypoglycemia. Also that oral anti-diabetic drug or insulin doses may need to be reduced.

• Women should take Caution and avoid using burdock when breastfeeding or during pregnancy.

The bottom line is, Burdock herb is like any other herb used for food purposes, but it may also be used for natural remedies and medicinal purposes. Indeed this plant can also help cure some illnesses you may have. It may also help your immune system.

Being immune means that you have a protective shield over your body to become preventive to various illnesses. Let us try to use home cures as an alternative to those chemical medicines too.

Additionally, Burdock oil does not have any side effects but it is advisable to use a patch test. When you suspect that you are sensitive to a particular oil or its the first time of use.

Medical information provided is for information purposes only. Always get guidance about a medical condition from a health care professional.
Share21
Pin4
Tweet
25 Shares
burdock root for hairburdock root side effects