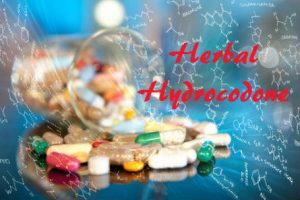 Today we are going to look at herbal alternatives to Hydrocodone, you will discover strong herbal pain killers, but without the addictive side effects.

The narcotic pain reliever (Hydrocodone) actively works in the brain to alter how the user’s body feels and responds to all types of pain. This is achieved through attaching itself to specific brain opiate receptors which in turn results in a significant decrease in pain perception.

Hydrocodone, despite its amazing benefits, is known to cause various side effects. This is why this informative article on the herbal alternatives to Hydrocodone is going to educate you on some scientifically proven strong natural pain killers. Below you will find the six best ” Herbal Hydrocodone “. 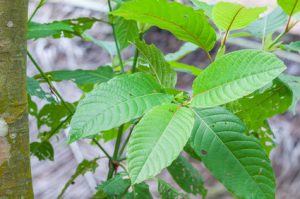 Kratom, whose botanical name is “Mitragyna speciosa,” is considered to be the narcotic pain killer’s closest herbal relative. This is because Kratom affects the same brain receptors as the prescription drug. Using the natural herbal remedy in small doses can lead to stimulation while using it in large doses can cause sedation.

Kratom which has been widely used for centuries to decrease fatigue and pain in Asian countries also has the potential to cause withdrawal and addiction just like Hydrocodone.

This has led it to be banned in various countries. Being a very capable and strong painkiller, Kratom can be used to replace popular NSAIDs (Nonsteroidal Anti-inflammatory Drugs) like Vicodin and Oxycontin.

This is a popular herbal remedy that has been widely used for centuries now both as a potent anti-inflammatory agent and painkiller. Turmeric has been scientifically proven to reduce pain and inflammation as effective as, if not better than prescription NSAIDs.

The herb’s pain relieving property is brought about by curcumin which is a potent compound that can be effectively used to alleviate joint swelling, knee pain, menstrual cramps, muscle sprains, arthritis and morning stiffness.

According to various recent scientific studies, the ancient Indian spice is considered to be relatively well tolerated and safer than NSAIDs as it can be used at high doses without any notable severe side effects.

Willow Bark which is considered to be the most effective and popular anti-inflammatory herb contains “salicylin” which is a chemical compound similar to aspirin (salicylic acid). According to the “National Institute of Health,” the natural herbal remedy can be used to alleviate the pain of osteoarthritis(1), cuts, burns, menstrual cramps, toothache or any minor injury.

Willow Bark should be used with caution as it is known to increase the chances of stomach bleeding just like aspirin, especially when taken with common NSAID drugs like naproxen or ibuprofen. This natural Hydrocodone alternative works to decrease pain simply by inhibiting the production of inflammatory prostaglandins(2).

Cayenne Pepper is a popular spice commonly known for its hot and spicy flavor. However, this spicy herb can also be used to alleviate pain among other health benefits. Cayenne contains a potent compound called “capsaicin” which has been scientifically proven to distract the human brain from any underlying pain.

When ingested, this potent compound causes a hot, burning sensation in the mouth which then triggers the release of endorphins (natural body chemicals that produce the same effects as Hydrocodone) in the brain. This makes Cayenne an effective natural remedy for headaches, migraines, joint pain, shingles, and fibromyalgia.

Boswellia, which is often popularly referred to as the “Indian Frankincense” is a beneficial herb that is native to the dry areas of India, the Mediterranean, and Africa. The highly beneficial herb is best known for its unique anti-inflammatory properties.

Boswellic acids are the chemical compounds that provide the natural herbal remedy with its potent anti-inflammatory properties that are then used to combat inflammation, which is the root of almost all types of chronic pains.

This alone is probably the reason why Boswellia is very effective at reducing the pain brought about by inflammatory conditions like ulcerative colitis, rheumatoid arthritis, Crohn’s and osteoarthritis among other painful disorders.

Wild Opium Lettuce, which is considered to be an invasive weed can be used as a potent natural mild sedative and painkiller. According to the “Institute for the History of Science,” the herb’s pain reliever property, although considered to be weaker than that of opium produces no side effects.

Wild Opium Lettuce in some cases can produce even better curative effects than Hydrocodone. You are advised against consuming the natural herbal remedy in large doses as it may cause dizziness, vomiting, anxiety and nausea.

All the herbal alternatives to Hydrocodone discussed above can also be used to provide various health benefits. Just as you may have realized the six relatively strong herbal painkillers provided above have fewer side effects, hence; are relatively safer to use than Hydrocodone.

However, you should make it a habit to always consult a licensed herbalist, or qualified health practitioner before deciding to use any new natural herbal remedy. This will help you identify any potential health risks or drug interactions that may come as a result of using the herbal remedy.

Medical information provided is for information purposes only. Always get guidance about a medical condition from a health care professional.
Share25
Pin13
Tweet1
39 Shares
KratomRelieving pain