In this article you will discover the most powerful herbs for mental focus. Most people find it almost impossible to entirely concentrate or focus on a particular task.

This annoying condition is often as a result of memory loss which is commonly associated with ageing.

Among other common factors like stress, depression, insomnia, stroke, dementia, nutritional deficiency, insomnia, drug or tobacco abuse, and head injury which can also affect the young. Lack of focus, although directly linked to various causes can be easily reversed using potent natural herbs.

Discussed below are the common herbs to improve focus that have been scientifically proven to help you manage and even alleviate this annoying condition.

According to various scientific lab trials, Ginseng apart from its various health benefits is also an effective natural remedy for memory impairment. The Chinese herbal remedy that has been used for thousands of years now works to reduce brain tissue oxidation, thus resulting in better focus and mental clarity.

Siberian Ginseng whose botanical name is “Eleutherococcus senticosis” is a potent natural brain stimulant that can be used to boost concentration levels while improving overall memory.

Apart from improving mental alertness and memory, the Ginseng herb can be used to alleviate ADHD (attention deficit hyperactivity disorder) symptoms. Potential side effects that may be experienced after using the natural herbal remedy include headache, fever, dizziness, rapid heart rate, heartburn, and chest pain.

Gotu Kola, which is considered to be one of the most spiritual herbs in India, is a powerful brain tonic that can be used to boost memory and increase intelligence (IQ). According to multiple scientific findings, the natural herb which is also commonly referred to as “Indian Pennywort” contains potent compounds.

That will not only increase brain power but also improve blood circulation especially to the brain thus resulting in improved intelligence, concentration, attention span, and memory. Apart from increasing mental clarity. Gotu Kola has been traditionally used to reduce anxiety and tension.

This popular culinary spice can also be used to boost focus and improve memory among other essential health benefits. This is because the Rosemary herb contains potent antioxidant compounds that have been scientifically proven to neutralize the harmful free radicals found in the brain.

Rosemary, when combined with other popular essential oils, can be used to alleviate stress and increase memory and concentration.

A scientific study that was carried out by the “University of Maryland Medical Center” revealed that the natural herbal remedy is widely used in aromatherapy due to its unique ability to boost concentration levels. Rosemary which is considered to be a potent natural remedy for forgetfulness, fatigue and depression actively inhibits the breakdown of a particular chemical that is known to prevent the production of essential brain cells that are used in most cognitive processes.

Bacopa, just like all the natural herbs discussed in this article has been scientifically proven(1) to promote better memory and mental health. The natural herb which has been widely used in Ayurvedic medicine to enhance learning and concentration has also been discovered to improve a majority of high- order cognitive processes that are responsible for adapting the information obtained from the environment.

Periwinkle which is popularly known for its potent anti-cancer, antibacterial, sedative and antispasmodic effects is a great natural herb for improving memory. Both the herb’s leaves and seeds contain a unique chemical compound known as “vincamine.” This chemical compound has been found to be as effective as or even better than “Vinpocetine” which is a potent ingredient found in most pharmaceutical drugs that are used to alleviate dementia and Alzheimer’s.

The vincamine chemical compound found in Periwinkle is an effective blood thinner that easily improves blood circulation to the brain thus promoting better oxygen use. By improving oxygen circulation in the brain the active compounds found in the natural herbal remedy actively enhance memory and other cognitive functions. Periwinkle can also prevent senility and dementia through avoiding blood vessel damage. 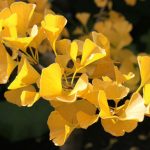 According to various scientific studies, the Ginkgo Biloba herb is a potent natural remedy that aids various cognitive functions like thinking and learning especially in people with vascular dementia and Alzheimer’s. This is because the herb has the ability to heal body nerve cells that have been damaged by these diseases, thus reducing feelings of depression while improving social behavior and learning.

Apart from improving concentration, all the natural herbs to improve focus discussed above can also be used to treat various major and minor medical conditions. These natural herbs also result in fewer side effects as compared to commonly prescribed pharmaceutical medications. However, to be totally safe while using these natural herbal remedies it is recommended that you first consult a licensed herbal expert or professional health practitioner.

Medical information provided is for information purposes only. Always get guidance about a medical condition from a health care professional.
Share21
Pin1
Tweet1
23 Shares
Brain Boosting Herbsherbs for brain health memoryherbs for focus and concentrationherbs to increase focus