Herbs for Panic Attacks That Work 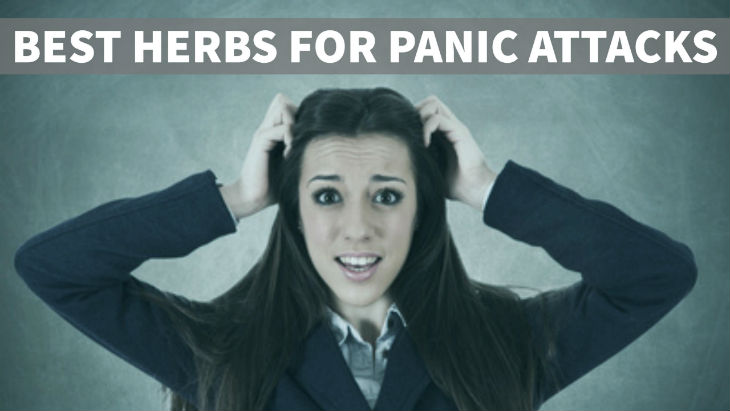 In this article you will discover the most useful “Herbs for Panic Attacks”.

You will also learn the science behind how these herbs work to alleviate your Anxiety naturally.

These attacks usually occur when there is no apparent cause for alarm or when there is no real danger. During panic attacks, the nervous system involuntarily sends specific signals to the adrenal glands. That instruct it to produce even more stress hormones.

According to the “Anxiety and Depression Association of America (ADAA),” over 18 percent adult American citizens experience panic attacks(1) at a given point in their life. Pharmaceutical sedatives. Which are commonly known as benzodiazepines. These antidepressant drugs like “Selective Serotonin Reuptake Inhibitors (SSRIs)”. Are usually taken to prevent, manage and even treat panic attacks. 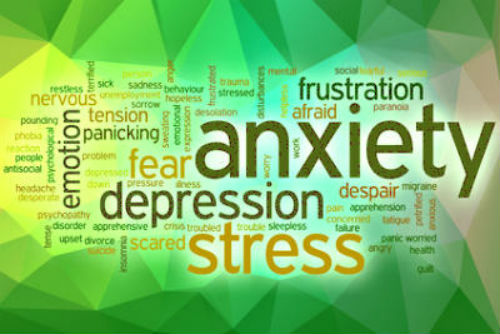 The drugs, however, can end up causing several side effects. This includes sexual dysfunction, addiction, and weight gain among other health disorders. This makes it necessary to use natural herbs. That work to lessen the severity and frequency of panic attacks without causing the side effects. That are associated with such prescription drugs. Below are the common herbs for panic attacks that you can use.

The Kava Kava herb has potent tranquilizing and relaxing properties. Hence; making it a great natural remedy for anxiety and panic attacks. Various scientific findings indicate that the natural herbal remedy can be taken to alleviate nervousness, muscle tension, headache, and insomnia. These are all common panic attack symptoms. Kavalactones are a special group of compounds in the Kava Kava herb.

These compounds have been scientifically proven to contain powerful sedative properties. This is the reason why the Kava Kava herb is usually taken to induce sleep and to even cause euphoria (a sudden state of happiness).

Multiple scientific studies indicate that the Kava Kava herb is as effective in managing panic attacks as some popular benzodiazepines. It is, however, important to note that the natural herbal remedy does not cause the common side effects that are caused by such drugs.

The flowers of the “Humulus lupulus” plant (hops) contain powerful sedative properties(2). That help to induce sleep (almost immediately) upon consumption. The herbal remedy can be consumed to overcome the fear and restlessness. That panic attacks cause.

According to a scientific study published in the “Public Library of Science,” the natural herbal remedy contains certain bitter resins that work to increase GABA levels. This then inhibits the production of neurotransmitters. That are known to trigger restlessness, anxiety, irritability and nervousness. Which are all common panic attack symptoms.

This is the most commonly used herb for anxiety and panic attacks. The root of the “Valerian officinalis” herb. Which has been used as a natural sedative for thousands of years now, is the only part of the plant that is used in the alternative medicine field. According to reliable scientific studies, the Valerian herb is GABA(A)-ergic.

This means that the potent herb has the ability to interfere with the body’s neurotransmitters. This happens in the same way as the benzodiazepine group of drugs. Valerenal and valerenic acid (two major active compounds in valerian) have been scientifically proven to interact with the GABA neurotransmitter(3). Gamma-aminobutyric acid (GABA) are brain neurotransmitters. That are responsible for regulating sleep, anxiety, and even mood.

Passionflower is a mild sedative that can alleviate restlessness, anxiety and even panic attacks. Laboratory studies indicate that the natural herb. Has various essential chemical compounds. That work, in the same way as the benzodiazepines that are used to treat panic attacks. One of the best herbal anxiolytic. 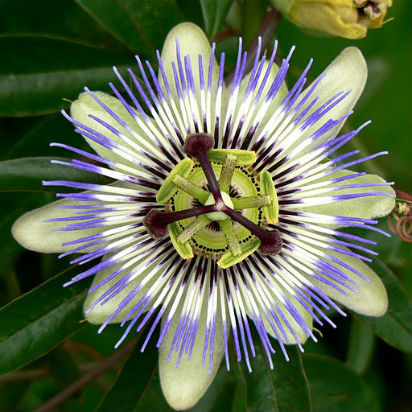 Passionflower also works to increase GABA neurotransmitter levels. This alone ends up producing a unique calming effect on the brain. The herb has been shown to be very effective in treating excessive stress, insomnia, and anxiety. All of which have been known to trigger panic attacks. Ethyl Maltol and maltol are the main compounds in Passionflower. That provide the herb with its amazing anxiolytic properties.

The “Scutellaria lateriflora” herb, which is mostly used to manage and treat anxiety can also alleviate panic attacks. This particular herb has been traditionally used as a potent sedative for centuries. The flavonoids found in this herb have been scientifically proven to reduce the body’s excitatory representations. Through interfering with how the body’s serotonin (mood stabilizer hormone) works.

Blue Skullcap can put you to sleep almost immediately when taken in relatively high doses. The natural herbal remedy can also be taken to relieve convulsions, anxiety and nervous tension.

Green tea contains L-theanine (a special type of amino acid). Which has been scientifically proven to alleviate panic attacks, improve mood and reduce anxiety. This amino acid works to reduce anxiety due to its ability to calm the body and sharpen the mind. Green tea is not a natural herb per se but is a type of infusion. That is made from the leaves of the “Camellia sinensis” herbal plant.

A 2009 scientific study published in the “American Association of Nurse Anesthetists (AANA)” journal. This revealed that Green tea’s anxiolytic (anti-anxiety) effects can be boosted by combining the herbal remedy with midazolam (a popular type of benzodiazepine).

The St. John’s Wort herb can alleviate both anxiety and panic attack symptoms. Various scientific studies indicate that this herb has the ability to balance brain neurotransmitters. That may be imbalanced due to anxiety and mood disorders.

This herb may also be used to treat mild to moderate depression. Hypericin is the main compound in St. John’s Wort. That has been linked to alleviating panic attacks.

The top 7 herbs for panic attacks provided in this guide can be used to effectively lessen the frequency and severity of the disorder. You should always consult a licensed herbalist or qualified health practitioner before experimenting on any herb. You are also likely to experience various withdrawal symptoms. If you stop taking your panic attack prescription drugs. Kindly consult the doctor if the withdrawal symptoms become too much for you to bear.

Medical information provided is for information purposes only. Always get guidance about a medical condition from a health care professional.
Share17
Pin21
Tweet
38 Shares
calming herbs for anxietyhow to stop panic attacks naturally