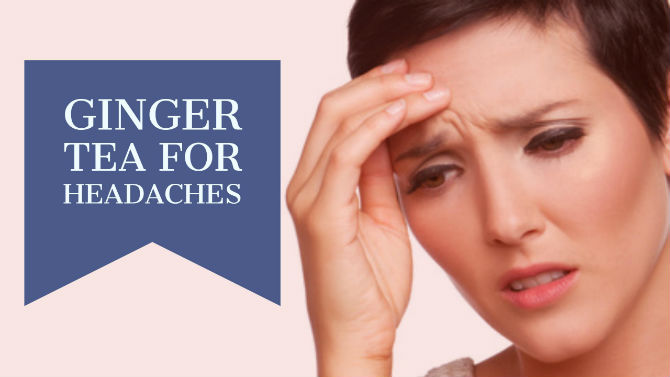 Today you will discover why the drug companies want to keep ” ginger tea for headaches ” a secret. You will also learn that ginger tea really does work in alleviating headaches and migraines.

Headaches and more so migraines can be extremely debilitating. As a personal example I’ve had a migraine that lasted for 24 hours and all I could do was lie in bed holding my head.

Before you can stop the migraine starting you need to know what is the cause. Interestingly Doctors are not sure of the exact causes for migraines. However it’s suspected that the arteries supplying the brain with blood get contracted and this slows the flow of blood to the brain. Thus, causing the migraine.

We are all individuals so what triggers a migraine will be different for each person. My triggers are red wine and going without coffee for 12 hours (yes, I’m a bit of a coffee addict). Below are some common triggers:

It’s also important to eat at regular intervals. As going without food for to long could result in a drop in blood sugar and this may trigger your pain. Therefore find your migraine trigger and avoid it like the plague.

Ginger (zingiber officinale) is one of the most popular medicinal herbs in the world and fully lives up to it’s status as a super-herb. A favourite of Ayurvedic medicine and most famously used for nausea and soothing the stomach.

However it’s also been scientifically proven to cure migraine headaches.

But before explaining the science behind ginger for migraines, it’s important to tell you why there’s so little scientific research carried out on natural remedies for migraines.

Firstly, migraine drugs are a billion dollar industry and it’s simply not in there interest to research herbal remedies that cost nothing to produce. There’s no money in it for them.

Secondly, scientists relies on money to do the science and again drug companies are not going pay the scientist to do research that proves herbs are as good as a billion dollar drug.

However, some ethical scientists do research herbs. In one such study, ginger was compared to sumatriptan (Imitrex–one) a billion dollar migraine drug.

In a double-blinded randomized clinical trial of migraine sufferers it was found that ginger worked just as well as sumatriptan.(1)

The only difference between ginger and sumatriptan in the clinical trial was that sumatriptan had more side affects.

It’s also interesting to note that sumatriptan costs 3000 times more than the same dose of ginger. Not all drug companies shun the power of herbs. Some drug companies are realizing the value of herbs and are using combinations of herbs in migraine medications. 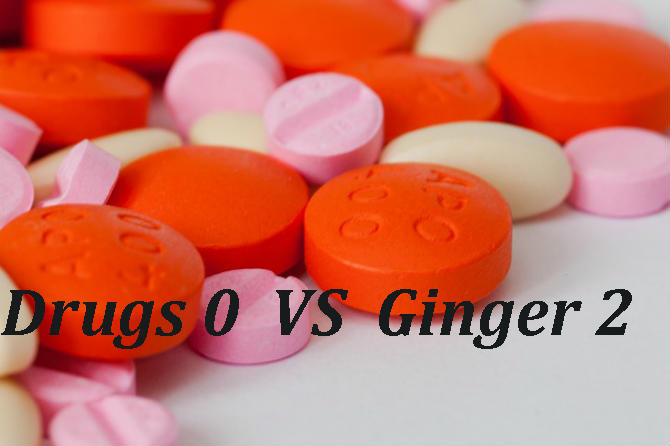 An example would be Feverfew (tanacetum parthenium) and Ginger (zingiber officinale)(2).

Science Behind Ginger Tea for Headaches

We now Know that Ginger can alleviate headaches and migraines. The mechanism of how ginger works is not known yet. However, ginger contains over 200 compounds in its oils. Which maybe why ginger is effective in so many ways.

However, it’s believed that for the relieving headaches ginger blocks prostaglandins.(3) Which helps control the inflammatory response in the body. Thus, migraines are prevented and even stopped by ginger dampening the actions of Prostaglandins.

How to Use Ginger Tea for Headaches

One of the best and easiest ways to take ginger is by a simple herbal tea. See the video below on how to make fresh ginger tea. If you suffer from migraines or headaches you have nothing to lose by drinking ginger herbal tea on a regular bases.

It’s also important to state that in the clinical trails of ginger the dose used was only a eighth of a teaspoon of powdered ginger. This dose was taken at the first signs of migraine. Because YES ginger is good for migraines headaches.

See the video below for how to make ginger herbal tea with added honey and lemon.

Can ginger help with headaches? YES it can, it’s a safe natural alternative to expensive pharmacy drugs, that are more liable to have side affects. So if you suffer from migraines or headaches pour yourself a cup of Ginger herbal tea and ENJOY…

Medical information provided is for information purposes only. Always get guidance about a medical condition from a health care professional.
Share37
Pin2
Tweet2
41 Shares
Headacheshomemade tips for headacheMigraine