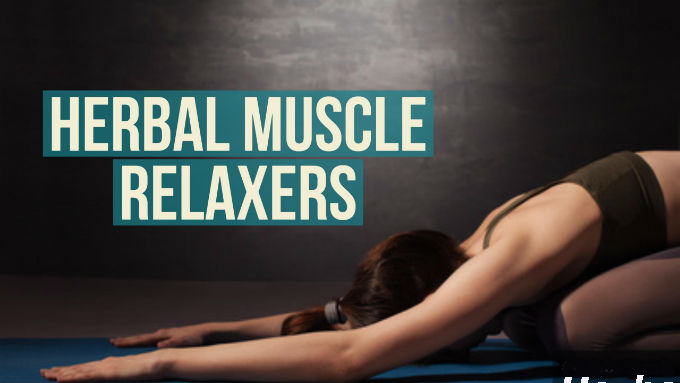 Herbal muscle relaxers are basically types of special natural herbs that have the ability to cause body muscles to relax.

This includes underlying diseases, injury nerve compressions, worn out joints among other issues.

This pain or spasms may end up rendering you immobile if severe and are known to affect the body’s overall functionality. In this article you will discover the best herbs for relaxing your muscles.

Although it is easy to come across various conventional treatments for muscle disorders. It is always considered wise to instead opt for herbal muscle relaxers that are not only natural, highly effective, side effect free but also a lot safer.

This premier antispasmodic herb probably obtained its name from its key role of alleviating muscle cramps in women. Both its red berries and root peelings can be consumed for their health benefits.

Cramp Bark which is a potent antispasmodic herb can help relieve spasms and contractions, especially in involuntary and smooth muscles throughout the affected body. As the name suggests this is one of the best natural muscle relaxer.

Apart from being considered to be among the most effective herbal antispasmodics.

Cramp Bark is also used as a powerful remedy for nervous disorders. The natural herb has been found to be most effective in minimizing smooth muscle tightness such as those associated with menstruation periods.

According to John R. Christopher, who is a master herbalist and Naturopathic doctor, Skullcap herbal muscle relaxer tea can be consumed to alleviate muscle pain and spasms, especially those associated with hypersensitivity and muscle twitching.

This tea is also effective for treating muscle disorders that are usually accompanied by nervousness and insomnia. Skullcap provides a calming effect on the body, hence promoting a feeling of peace of mind, particularly during stressful situations caused by muscle pain and spasms.

Chamomile although mainly known for decreasing anxiety, can also act as a potent antispasmodic that soothes and calms muscle tissues. Muscle tensions have been proven to worsen during times of anxiety and stress.

Body muscles are known to expand and contract when exposed to chemical signals.

Hardened muscles usually do so after being directed by chemicals that instruct them to contract. However, this natural herbal relaxer if consumed can help in greatly soothing such muscles. Through increasing amino acids that are known to alter the chemical signals.

Chamomile’s powerful anti-inflammatory properties are greatly attributed to its 36 flavonoids. You can use the herb’s oil extract to massage the affected area or drink chamomile herbal relaxer tea.

Allergic reactions, although rare, are likely to occur among people suffering from occasional allergies like hay fever.

Kava Root is also probably among the most popularly used herbal muscle relaxers today. The natural herb, although commonly used to alleviate or manage a variety of pain episodes, including toothaches and muscle cramping can also be used to treat depression.

Kava Root which is a beneficial herb commonly used for its powerful relaxing effects is especially helpful during extreme muscle pain. Some common side effects attributed to using the herbal remedy include skin discoloration, dizziness and headaches.

Valerian Root is a potent natural herb primarily known to ease pain, reduce inflammation and promote restful sleep. The natural herbal muscle relaxer that is native to various parts of Asia and Europe is commonly used in anxiety and insomnia treatments. This is due to its ability to bind Gamma-aminobutyric acid (GABA)1 receptors found in the human brain.

These receptors are special neurotransmitters that are used to relax the mind.

A 2005 scientific study that was carried out to determine valerian root’s antispasmodic effects on animals found that the extracts of the natural herb significantly reduced digestive muscle spasming and tension in guinea pigs and rabbits. Daytime drowsiness and vivid dreams are likely to occur after consuming the effective herbal muscle relaxer.

This is a natural herb that can both reduce and prevent muscle tension activities through soothing pain and relaxing body muscles.

Apart from that Lavender can also be used to lift the overall mood and alleviate anger making it an ideal herbal treatment for aromatherapy.

This has powerful properties that can greatly help in calming the body thus reducing muscular tension significantly.

You can add lavender oil to a warm bath, use its oil extract for massaging or even add its dried flowers to your bath.

While commonly known for its incredible ability to treat menopause symptoms, Black Cohosh can also be a powerful antispasmodic herb. According to herbalist Jim MacDonald, the natural herbal remedy is best used for alleviating back pain, particularly which has been characterized by an achy sensation and stiffness.

He further recommends the use of the herb in small doses to achieve the best results. Salicylic acid is a key compound found in Black Cohosh that provides the herb with its potent antispasmodic, anti-inflammatory and pain relieving properties. 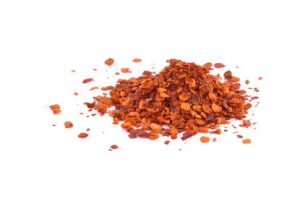 Cayenne Pepper, which is commonly used in culinary dishes can also be used to alleviate muscle pain especially muscle cramps. The natural herbal relaxer contains an active ingredient called “capsaicin” which has the ability to strengthen the human heart without necessarily increasing the blood pressure, and has both antispasmodic and anti-inflammatory properties.

This capsaicin compound also prevents the activation of brain transmitters that are highly sensitive to pain. Cayenne Pepper is greatly recommended, especially for people suffering from rheumatoid arthritis and fibromyalgia. The natural muscle relaxer when applied topically can cause damage to the esophagus, stomach and skin.

Peppermint contains camphor and menthol, which are both chemicals that aid in easing muscle tension. Apart from that, the natural muscle relaxer can be used in alleviating anxiety, headaches and tension which are the common symptoms strongly linked to muscle disorders particularly in women during menopause.

Passion Flower is a potent herbal relaxer is also believed to stimulate the GABA brain receptors in the same way that Valerian Root herbal muscle relaxer does.

It has potent inhibitors that produce a sleep inducing and calming effect on the body.

A 2001 scientific study that was carried out on the natural herb to determine its role in stress reduction in Generalized Anxiety Disorder patients found it as effective as other conventional treatments. This is particularly beneficial for muscle tension alleviation as stress is the main factor that is known to cause the disorder.

Although some of the natural herbal muscle relaxers mentioned above are known to cause some side effects they are definitely a far better option as compared to the use of conventional muscle tension treatments. Which may not be as effective as they claim and may be fully ridden with harmful side effects.

These natural herbs are also known to benefit the body through their numerous health benefits. We hope you found some natural muscle relaxers that are useful for you.

Top 10 Herbal Face Masks You Can Make At Home