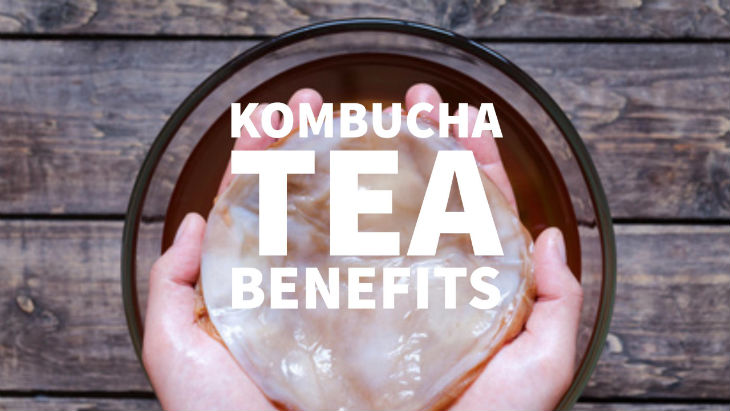 The legendary chinese “immortal health elixir” has been known for 2000 years.

Only in recent years has this healthy beverage become popular in Europe and the USA.

This is thanks to it’s vast range of health benefits from managing diabetes to boosting the immune system.

Below I share with you the top therapeutic qualities of this super drink.

What is Kombucha Tea?

Kombucha is a popular fermented tea. That is made by mixing green or black tea with sugar, yeast and some specific strains of bacteria. This mixture is then left to ferment for about a week. During the fermentation period, the yeast and bacteria work to digest the components of the black or green tea. A small mushroom-like substance known as “SCOBY (a symbiotic colony of bacteria and yeast) is then formed.

The SCOBY that is produced can then be later used to ferment a new Kombucha. Kombucha is undoubtedly a powerhouse of various amazing health benefits due to its raw ingredients. This ancient Chinese health tonic has been used in the alternative medicine field for over two thousand years now.

Kombucha is loaded with good probiotics. Furthermore it’ loaded with active enzymes, polyphenol antioxidants, amino acids and organic acids among other essential compounds. 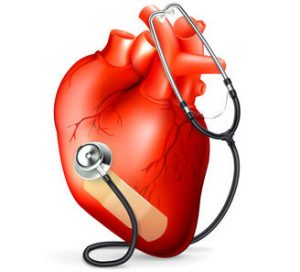 According to the “World Health Organization (WHO),” heart disease is the leading cause of death in the world today(1). This elixir of life can be regularly consumed to reduce the risk of heart disease. Various scientific studies indicate that Kombucha has the ability to maintain healthy cholesterol levels.

Kombucha has been widely shown to contain potent antilipidemic properties. That are beneficial for elevating HDL (good) cholesterol levels and reducing the level of absorption from triglycerides and LDL (bad) cholesterol. Kombucha tea also actively works to prevent the oxidation of low-density lipoprotein (LDL) particles. Which cause heart disease.

According to a scientific study that in the “BMC Complementary and Alternative Medicine” journal. Kombucha tea has various antioxidants that can alleviate the inflammation of the blood vessels’ cellular walls(2) .

Various test-tube studies indicate that Kombucha tea is rich in antioxidants and polyphenols. That can actively help to prevent the growth and even spread of various cancerous cells. The tea’s polyphenol compounds not only work to inhibit the growth of cancer cells. But also promote the death of cancer cells and even blocks overall gene mutation.

Other reliable scientific studies indicate that the glucaric acid found in Kombucha. Has the ability to prevent both breast and pancreatic cancer. The ancient tea is also believed to prevent the growth of new blood vessels, particularly those found in the affected regions. Which in turn prevents the growth and development of cancer.

Kombucha has also been shown to have anticarcinogenic (a substance that inhibits cancer development) properties(3). This works particularly on hormone-dependent tumors.

Kombucha tea can be taken to manage type 2 diabetes, which currently affects over 300 million people in the world. Type 2 diabetes is a medical disorder that is characterized by increased insulin resistance and high blood sugar (glucose) levels. The ancient tea has been scientifically proven to significantly lower blood sugar levels. This is due to its incredible ability to slow down the digestion of carbohydrates.

According to a recent scientific article in the “Food and Chemical Toxicology” journal. The regular consumption of Kombucha tea can not only reduce blood sugar levels but also improve overall liver functions.

Over time, various potentially harmful toxins end up accumulating in the body. This alone results in a weakened immune system. Thus; making you vulnerable to various diseases. You can easily avoid this by consuming Kombucha tea. Which demonstrates a amazing ability for detoxify the human body.

Glucuronic acid is a powerful detoxifier in Kombucha. That binds any harmful toxins that enter the liver. While also eliminating them from your body by going through the kidneys. Kombucha can be combined with other popular liver-cleansing herbal remedies to increase its potency.

The regular consumption of the potent remedy. Has, also been shown to prevent the body’s tissues from absorbing the industrial toxins found in our environment.

Kombucha tea, especially when made from Green tea contains powerful antioxidants. That have been shown to fight reactive molecules and the potentially harmful free radicals that cause cell damage. The herbal remedy also contains organic acids that have been scientifically proven to shield the human body from oxidative stress.

Oxidative damage is believed to be the major cause of various common chronic yet life-threatening diseases. Reliable scientific studies indicate that Kombucha tea’s antioxidant properties are up to 100 times higher than those of vitamin C.

The ancient Chinese tea contains potent Glucosamine compounds. That have been scientifically proven to prevent and even treat all types of arthritis. These Glucosamines actively stimulate the production of “Hyaluronic acid.” Hyaluronic acid is an essential chemical compound.

That is required to maintain proper cartilage structure and alleviate pain. That is associated with the joint disorder.

Kombucha also works to improve overall joint function. Through alleviating inflammation in the joints and preserving the elasticity and lubrication of the joints. Scientific studies indicate that the herbal tea is as effective as the popular over-the-counter pharmaceutical drugs. That are prescribed to alleviate arthritis pain.

Kombucha is fully packed with probiotics (healthy bacteria) that promote a healthy digestive system. Through reducing the growth of harmful bacteria. The tea can also alleviate gastric ulceration due to its antioxidant compounds and polyphenols. That work to decrease excess gastric acid secretion and protect the stomach’s mucin content.

Kombucha tea is quite effective in alleviating gastric ulcers. That it is even compared to the pharmaceutical drug “Omeprazole.” This tea also provides an almost immediate relief from multiple abdominal disorders. These include diarrhea, chronic constipation, bloating.

Acetic acid is also abundant in vinegar in large quantities and is also a potent compound found in Kombucha. This has the ability to kill potentially harmful bacteria. The Kombucha tea that is made from Green tea. Has been scientifically proven to have powerful antibacterial properties against Candida yeasts and infection-causing bacteria.

Kombucha’s bactericidal properties work effectively against a wide range of pathogens. The herbal remedy can then be consumed to combat dysentery, paratyphoid fever, diphtheria, influenza, scarlet fever and typhoid among other common diseases that are caused by bacteria.

Kombucha helps to strengthen the immune system and boost your energy levels. This is thanks to it’s many antioxidants. The tea can also fight bacterial and viral infections. With the aid of it’s anti-microbial abilities and anti-inflammatory properties.

Kombucha is a good all-round protection for the bodies immune system. Research studies confirm that the tea can not only protect but can also repair a compromised human immune system. Thus, Kombucha has potent antioxidant and immunomodulating properties(4) .

Kombucha is a powerhouse of goodness for example:

How to Make Kombucha Tea

The short video below will show you just how to make this tea:

Kombucha tea is generally considered to be a safe, natural herbal remedy. The potent remedy has, however, also been known to cause various side effects. These include headaches, nausea, vomiting and other allergic reactions though in very rare cases.

The Kombucha tea that has been fermented for a relatively long time is often considered to be the most potent. You should, however, try not to over ferment your tea as it may be harmful to your health.

Medical information provided is for information purposes only. Always get guidance about a medical condition from a health care professional.
Share1K
Pin20
Tweet10
1K Shares